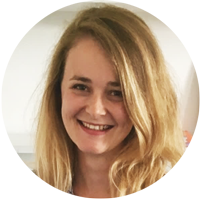 Multiple Sclerosis (MS) is a chronic autoimmune disease that affects the central nervous system (CNS), including the brain and spinal cord. Symptoms include weakness, tingling, numbness, visual disturbances, muscle stiffness, and memory loss. There are currently treatments to dampen the symptoms and delay disease progression, but no known cure for multiple sclerosis has been found to date (1).

The disease is provoked by auto aggressive immune cells that cause devastating symptoms in the central nervous system. Myelin sheath damage on nerve cell axons is known to be the primary cause of MS, slowing the nerve system’s ability to transmit messages between brain and body (Figure 1).

MS exacerbation is instigated when circulating T cells become mis-programmed to target and attack myelin. The T cells release cytokines to recruit similar T cells, B cells, and macrophages to mount the attack. The inflammatory cells in MS can cross the blood brain barrier which normally separates the immune cells in the periphery from the central nervous system. Once inside the brain, the more aggressive T cells release more cytokines (for example interleukins) to activate B cells, macrophages, and microglia to propagate a cycle of inflammation which will attack the myelin sheath, axons, and oligodendrocytes, leading to cell death.

BVDU inhibited IL-6 secretion and reduced the severity of disease symptoms in the EAE mouse model (a well-known animal model of MS), as shown by decreased neuroinflammation and demyelination. A detailed description can be found in the associated literature review “Three Drug Discovery Approaches for Multiple Sclerosis”.

The orphan GPR17 receptor was interesting, since GPR17 knockout is associated with precocious myelination at the neonatal stage. MDL29.951, a specific GPR17 ligand, was used in the study to show the antagonist activity of HAMI3379 in human oligodendrocytes. The activity of HAMI3379 was determined by measuring the intracellular cAMP accumulation assay. To measure intracellular cAMP, the HTRF-based cAMP accumulation assay kits (Perkin Elmer) were used, and the signals of the assays were measured with a PerkinElmer EnVision multilabel plate reader.

The study revealed that HAMI3379, an experimental drug that stimulates differentiation of both rodent and human oligodendrocytes, efficiently blocks GPR17 signaling and may qualify as a pharmacological tool to promote oligodendrocyte differentiation and the myelination process in MS by interrogating the GPR17 function.

RORγ (Retinoic acid-related Orphan Receptor γ) is a nuclear receptor belonging to the family of RORα and RORβ. RORγt, an isoform of RORγ that is highly expressed in immune cells such as Th17 and γδT cells, is a key player in the IL-17 pathway and in the differentiation of naive T cells into Th17 cells. Amaudrut et al. (4) identified a potent and selective RORγ inverse agonist (compound 29). The selectivity of the agonist vs the other ROR isoforms was evaluated in a coactivator recruitment assay using AlphaScreen® technology (Figure 4), in which the binding of N-biotin co-activator PGC1g peptide and His-RORγt (amino acid T259-K518) was inhibited by the ROR isoforms (RORα, RORβ, or ROYγ).

Three small molecule drug candidates (BVDU, HAMI3379, and Compound 29) investigated by three separate laboratories were identified and validated for the treatment of multiple sclerosis (MS). All three molecules hold promise for pharmacological exploitation either to reduce immune cell attacks on neuron myelin or to enhance remyelination in patients. HTRF based IL-6 and cAMP assays and AlphaScreen® Assay Technology have played critical roles in MS drug discovery.